Statistics about approbation of foreign doctors in germany

Statistics about approbation of foreign doctors in germany

While a total of 32,056 physicians stated Europe (without Germany) as their country of origin, most of them came from Asia (9,972 physicians), another 2,987 from Africa, 404 from North America, 286 from Central America, 768 from South America, 35 from Australia and Oceania. 213 doctors stated other countries of origin. The highest change compared to the previous year was achieved in Asia, with an increase of 19.1 %.

Of the Asian countries of origin, most of the doctors (2,895) came from Syria and the Arab Republic, an increase of 34.7 % over the previous year. They were followed by 1,354 from Iran and the Islamic Republic with an increase of 4.6 %. 300 doctors came from Israel (9.5 %). However, the highest change was in India, the country of origin, with 38.7 % compared to the previous year.  1,090 doctors from Asia do not practice medicine. Of the 8,882 working physicians, 7,398 work in hospitals, 817 are outpatients; 667 exercise other medical activities.

The statistics are limited to the medical profession. It does not include the number of ongoing and rejected licensing procedures, nor does it include information on the recognition of equivalence and the number of knowledge tests.

Recognition of physicians in Germany

The requirements for the licence to practice medicine are demanding and complex. The easiest way for physicians from member states of the European Union to obtain a license to practice medicine is in Germany. However, doctors from so-called third countries – i.e. countries outside the EU and the EEA – can also obtain a medical license if the training is equivalent or if the applicants successfully pass an examination.

Due to a change in administrative practice, most authorities require doctors to have at least a B2 language level and specialist language skills at C1 level. It is based on the specifications of the Conference of Health Ministers of the Länder and has now been largely implemented.

The assessment of equivalence is also currently essentially carried out centrally by the Central Expert Opinion Centre for Health Professions (GfG) in Bonn.

As the Medical Association also notes, the gap between treatment capacities and treatment needs is widening. The growing number of physicians should not be allowed to hide the fact that the demand for treatment is also increasing. In short, despite the increasing number of doctors, the shortage of doctors is also growing in some places.

Can foreign doctors help to close this gap? In part, yes. However, difficulties in obtaining the German licence to practise as a doctor, the medical licence, still exist in the examination of the equivalence of medical training, in preparing and passing the knowledge test and sufficient language skills in the context of the specialist language test. Furthermore, some licensing authorities have difficulties in processing the mass of applications.

Lawyer for license to practice medicine

In case of problems with the license to practice and in the recognition procedure, lawyers provide support in the licensing law. This can also be done by medical law specialists. They offer legal support and advice on licensing, recognition and equivalence or knowledge testing.

More on the requirements for medical licensing in Germany and further information on advice on licensing law. 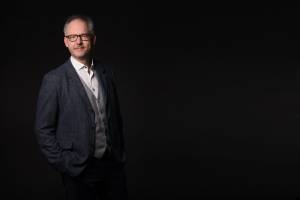 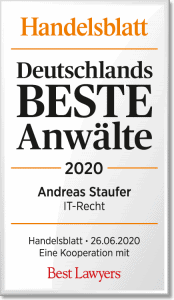